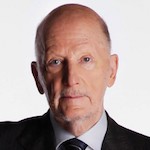 Simeon von Saxe-Coburg-Gotha was born to Boris III of Bulgaria and Giovanna, daughter of King Victor Emmanuel III of Italy. At the death of his father in 1943, he was aged six so his uncle Prince Kiril, Prime Minister Bogdan Filov and Lt.General Nikola Mihov were appointed regents. After Stalin declared war and the Red Army entered the country in 1944, the regents were deposed and executed in 1945. Simeon and his mother and sister were exiled the next year, initially to Alexandria, Egypt. In 1951 they were granted asylum by Franco in Spain. After attending a military academy in the United States and graduating as a second lieutenant, he studied law and business administration in Madrid and became a businessman. In 1996, 50 years after the abolition of the monarchy, Simeon returned to Bulgaria. In 2001 he formed a new political party and was elected Prime Minister until 2005.