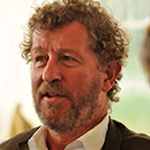 Sebastian Faulks CBE was the first Literary Editor of the Independent and became Deputy Editor of the Independent on Sunday. He has been a columnist for the Guardian and the Evening Standard. Elected a Fellow of the Royal Society of Literature in 1993, he was appointed CBE for services to literature in 2002. Birdsong, a novel of overwhelming emotional power, is taught at school and university on both English and History syllabuses; it has sold more than two million copies in the United Kingdom and three million worldwide.