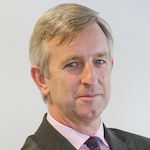 Robert Lyman is widely regarded as one of Britain’s most talented military historians, with fifteen best-selling works of history published to date and numerous appearances on television including the BBC’s ‘Who Do You Think You Are’ and a range of documentaries including two in the ‘Great Escapes’ series, on Tobruk (1941) and Kohima (1944). He was the military consultant to the BBC for the Victory over Japan memorial celebrations in the UK in 2015 and again for the 70th anniversary in 2020. He spent 20 years in the British Army and is an elected Fellow of the Royal Historical Society. In 2010 he helped General Sir Richard Dannatt write his autobiography, Leading from the Front.