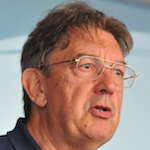 Paul Beaver is a leading military and political historian and a member of the British Commission on Military History. He has also worked as a journalist and broadcaster — including reporting for Sky News during the Gulf War and in Bosnia, Kosovo, Sierra Leone and Macedonia — as well as an independent defence and aerospace consultant. He has written more than 40 books on naval and aviation history and retired from the Army Reserve in 2013 with the rank of Colonel, late of the Army Air Corps. He speaks and organised the flying at the Chalke Valley History Festival, and was the historical adviser to Channel 4’s presentation of the Battle of Britain at Goodwood.