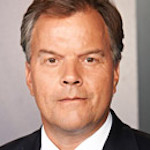 Matt Frei is globally renowned and widely respected presenter for Channel 4 News. Previously Washington correspondent for the BBC, and then Channel 4, his broadcasting career consists of four interviews with US presidents and reports from more than forty countries. He is the author of two books - Italy: The Unfinished Revolution, and Only in America. An Emmy award winner for his spectacular coverage of Syria, he also won the Bayeux War Correspondents Award, the RTS Foreign Story of the Year 1999 and RTS Journalist of the Year, an award he re-awarded in 2017. A BAFTA winner for Best News Coverage following his breath-taking coverage of the Paris Attacks, he has received the Peabody Award 2010, the DuPont Award 2011, and the Bayeux-Calvados Award in 2000 for war reporting, highlighting his stature within the world of correspondence and journalism.