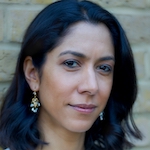 Kavita Puri is an award-winning BBC journalist, executive producer and broadcaster. She is the author of the critically acclaimed book “Partition Voices: Untold British Stories.” She presents documentaries on Radio 4 and the World Service including The Inquiry. She devised, wrote and presented the landmark three-part series Partition Voices for Radio 4, which won the Royal Historical Society’s Radio and Podcast Award and its overall Public History Prize. Her critically acclaimed Radio 4 series Three Pounds in My Pocket charts the social history of British South Asians from the post-war years. It is on its fifth series. While editor of Our World, its foreign documentaries were recognised with awards including the Royal Television Society and the Foreign Press Association. She worked for many years at Newsnight and studied Law at Cambridge University.