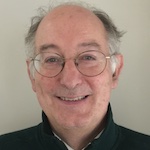 Dominic Lieven is an Honorary Fellow and an Emeritus Fellow of Trinity College Cambridge, a Fellow of the British Academy, and an Honorary Academician of the Russian Academy of Sciences. He previously taught Russian Studies at the London School of Economics for thirty-three years. His book Russia Against Napoleon won the Wolfson Prize for History and the Prix Napoleon. His previous book, Towards the Flame explores the end of Tsarist Russia.