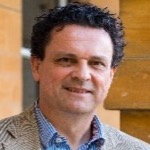 Damien Lewis is a Sunday Times no 1 bestselling author whose books have been translated into forty languages worldwide. For twenty years he worked as a war and conflict reporter for the world’s major broadcasters winning numerous awards. His iconic WWII series includes: Churchill’s Secret Warriors, Hunting the Nazi Bomb, SAS Nazi Hunters, SAS Band of Brothers and SAS Great Escapes. He has also co-authored the memoirs of several foremost women and men of colour, most notably Slave with Mende Nazer, a victim of the modern-day slave trade, Tears of the Dessert, with genocide survivor, Halima Bashir, and Against A Tide Of Evil, with Dr. Mukesh Kapila, the United Nations whistleblower on the Darfur genocide.