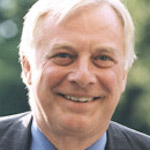 Chris Patten is currently Chancellor of Oxford University. As a British MP (1979-92) he served as Minister for Overseas Development, Secretary of State for the Environment and Chairman of the Conservative Party, being described afterwards as 'the best Tory Prime Minister we never had' (Observer). He is well known for being the last Governor of Hong Kong (1992-7), about which he wrote in East and West (1998). Both that and his most recent book, Not Quite the Diplomat: Home Truths about World Affairs (2005), were No. 1 international bestsellers. In 2008 he wrote What Next? Surviving the Twenty-First Century. He was made a Companion of Honour in 1998 and a life peer in 2005.